My name is Ron. I started this is all. ITS MY FAULT!

I live in Woensdrecht in the Netherlands close to the Belgian border and Antwerp. I have cycled whole my life and always took my road or mountain bike on holidays. The first real tour was in 1981 from Brittany in France back home. 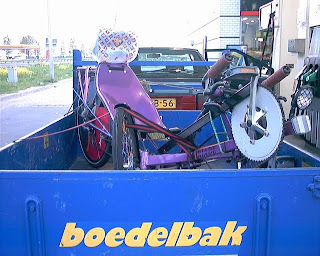 I had seen a Windcheetah hanging in a shop in Utrecht and ever since wanted to own one. It would take another 20 years before I bought my first trike. Someones homebuilt. A wobbly piece of junk actually. Paid way too much and took whole day to pick it up.
But in brought my into trikes so I don't regret buying it back then. 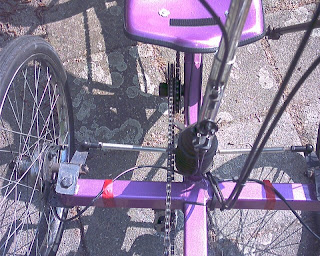 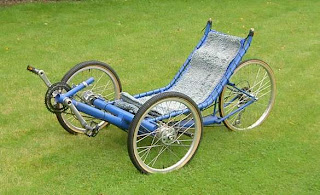 The next trike was this one built by someone from the USA. It was sent to his former boss and ended up here. I paid 700 for it.
Not a bad trike. I changed the steering setup and tie-rods and added bars and grips pointing upwards.

One day after I came back from a 5day trip to Germany the arm for the tie-rod broke off. Luckily it didn't happen downhill in the Ardennes. I had it fixed and sold it for 500 euro to finance the next purchase. 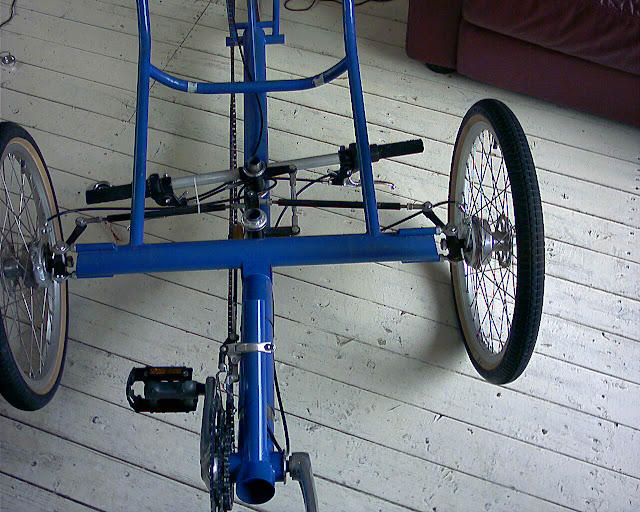 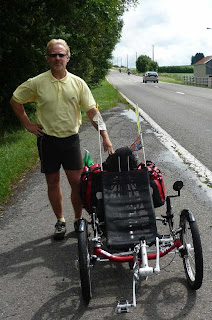 In 2008 I finally had the money for the real thing: A 2007 ICE QNT. Picked it up in Amsterdam and ride it since. The British pound was low and it was an older model, so 2500 Euro was a great deal. Trikes don't come much better then ICE. A picture of ugly me on the return trip from Lake Garda Italy.

A couple of years ago I decided to make a copy of Rich Richardson's Raptor25. After trying to convert a kids KMX to an adult trike, it seemed easier to me to start from scratch. I had only pictures of the Raptor to work with. Rich did not answer my request to have the permission to make a copy until some time later. He told me he had sold his business and the new owner has not done anything with the Raptor since. I called the trike the Rontor. It took me about two months to figure out dimensions.
The first test ride was not perfect, but more then I had hoped for. It proved someone like me with no technical background at all can bolt together a functional trike. The only tools I had were a drill, a hacksaw, some files, and vice.
The finished trike handled pretty good. But there was tremendous brake-steer. So I had several tries to make a steering knuckle to achieve centerpoint steering. The problem was that filing the right angle in solid blocks of aluminum was impossible by hand. After seeing another homebuilt with the rod-end bearings pointing forward I knew this could be the solution to my problem. The steering knuckles I designed are the easiest method to get rid of almost all brake steer.
There are more things I changed in the original Raptor design. Like the bottom bracket and adjustable seat angle. But these features are not as important as the steering geometry. I did not built dozens of trikes. Only three till now. But I did try different steering setups, frame sizes, seats amongst other things.
So you probably want my advice if you think you can improve certain design features. It may be that I already had a go at it.

The Tribolt is not the best trike in the world. But good enough to share with you. With your help the trike will evolve and get better every time.